You’ve got to face it, humans bonding with technology is a common thing these days. Because of this, an emphatic UX design that considers the people using that technology can prove to be a game changer.
Kari Skaflen 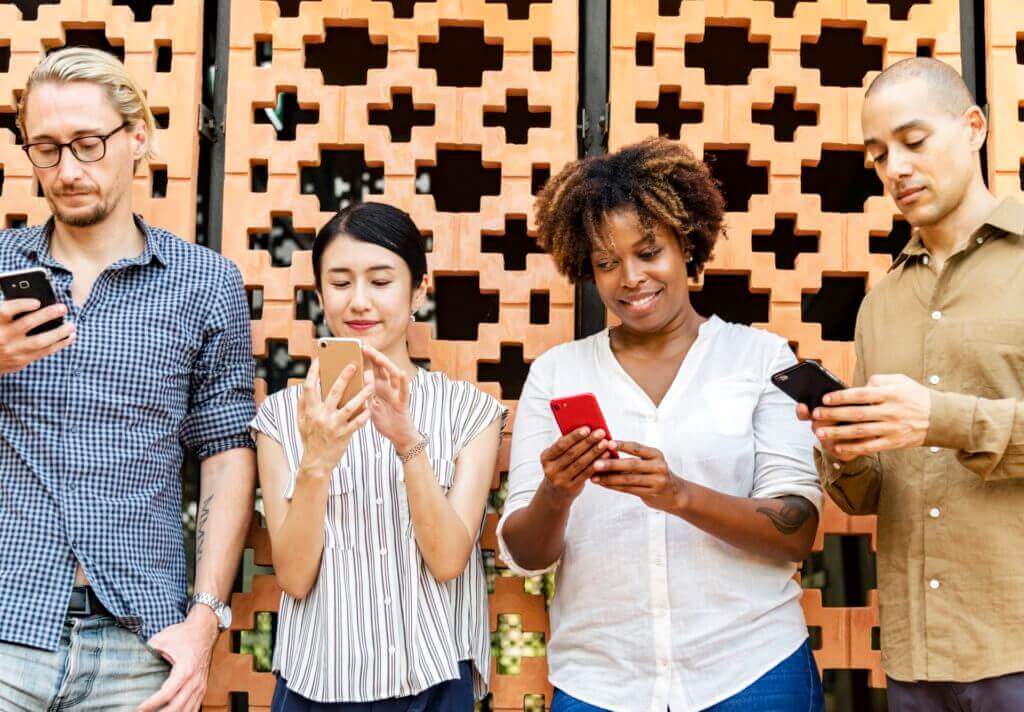 We’ve all been there, those moments of frustration when you simply wish someone else would put themselves in your shoes. For someone to stop for an instant and make the effort to see things from your perspective. For them to truly understand where you’re coming from. It doesn’t have to be for long. A few moments is more than enough for them to get a grasp of your situation.

“Could you try to see things from where I’m standing for just a second?”

And there’s nothing better when the other person does understand. When something clicks between you and the realization dawns that they really do know what you’re talking about. I think it’s one of the most fulfilling moments of any human interaction. It’s not that they’re taking on the mantle of your life-perspective and assuming it as their own or anything like that, it’s just that they get it. Nothing compares to being understood.

Now, because we’re social creatures by nature, we humans create bonds like there’s no tomorrow. Even if we don’t intend to, it happens. A sense of camaraderie can be formed over the smallest things. And with the smallest things. It does not take much to create an emotional bond with some kind of inanimate object.

A mobile phone, for instance?

Be honest. Phone separation anxiety is a real thing these days. Nonetheless, I’m referring to more reactive interactions here. How many times have you actually spoken out loud to your phone because it fails to do what you wanted? When an app fails to respond in the way you expect, have you raised your voice at it and told it exactly what it should be doing? Maybe even added an expletive or an insult for good measure?

There’s no shame in admitting it. I do it all the time. There’s nothing worse than when your smartphone fails to understand you. It feels very much like betrayal. This device is meant to be your friend; it’s sole purpose is to make your life easier. Yet here it is, stabbing you in the back.

It is precisely this sort of experience that everyone working on UX design should keep in mind while going about their process. Few things disappoint as much as when technology fails to show empathy. When the tools crafted by brilliant human innovation end up overlooking the circumstances of the person who uses them, it’s a clear signal something went wrong along the way.

It may seem ironic to demand emotional comprehension from technology. But is it, really? Ultimately, any kind of digital development is directed towards human users. Last time I checked, robots weren’t running the show… yet. So it’s key to remember that the ones interacting with electronic devices are people. Consequently, making emphatic UX design is an essential part of product strategy.

However, the whole empathy thing can be a tad vague, so how do you go about it? Here are some considerations:

Who Is This ‘User’ You Keep Talking About?

Understandably, in the sphere of development and design, the term ‘user’ is official. It’s practical too. It’s how you refer to, well, the user of whatever it is that’s being developed. Nonetheless, there’s a high risk of it becoming an utterly abstract concept. And this risk increases even more if the term is applied constantly throughout all the many phases of development.

The user, in the end, is a person. Flesh and bone. If the development and design teams do not keep this in mind during the whole process, a sense of detachment will permeate the end result. And the user will feel it. So do your user (human) research before starting any project and use it as the first stepping stone. Get closer to your target audience and see them as real, tangible people. Emphatic UX design starts with them.

Pay attention to what your target audience has to say. Interact with them, be it through interviews, polls, or any kind of tool that will help you get closer to these people. Listen. Stand where they stand. Sometimes when hearing people out, we’re forming opinions in our minds even before the person has finished speaking. We become too eager to get our point of view across. Curb this impulse. Truly listen to what your intended audience is saying and consider their input. Even though UX designers are the ones with the know-how, in the end, they design for an intended audience, not for themselves.

Watch Out For Designer Bias

‘I’m the one designing this, I’m the one who is most familiar with my project, so this is the best way to do this.’ This kind of thinking can lead down a very slippery slope. It shows a marked lack of appreciation for the way those who will be using a product think and solve problems. Designers should not assume that users will think things through in the same way they do when coming up with an interactive solution. This is a crucial element of emphatic UX design. Once more, doing good research plays a key role. By being aware of the perspective of their target audience, UX designers can integrate their way of thinking into the decision-making process of their project and attain higher rates of success.

‘Wow, I’d never really thought about it that way before.’ And abruptly, the possibilities expand and your whole perspective changes. Prospects you hadn’t even thought possible become real options. There is a before and an after. It pays to be open-minded just for moments like this, particularly if you’re involved in any kind of creative endeavor. A flexible mind and an adaptable attitude are essential. So keep an open perspective, one that’s big enough to include views other than your own. These views can complement yours and bring about improvements. An open mind can change the whole angle from which you’re considering a project and provide the breakthrough you’ve been needing.

At the end of the day, the objective of creating any product is to provide a solution to an existing need. By getting to know the people who are facing the dilemma you are trying to solve, you will come up with a much more efficient and successful product. And that’s what everyone wants, isn’t it? For your project to be an outstanding hit. So always keep the people in mind while you’re developing and designing. This may imply some compromising and adapting, but it’ll be worth it in the end.

Then your emphatic UX design might just be able to provide your audience with that fulfilling experience of feeling understood by their mobile phone. That steadfast and compassionate friend who is always there for you. There’s nothing better than using an app that responds and behaves in exactly the way you need it to. It’s one of the wonders of the 21st Century, the seamless integration of technology in everyday life.

Pixel506 loves to help companies with their content marketing strategy and creation. We’ve got the whole team to do it, from strategists, to copywriters, to graphic designers. We even have user experience experts who can make sure your messages and graphic design are on point for your target audience.